Find out how Santa provides for his workforce

“I wish I could organise my reindeers and elves that work with me all around the world in a better way. Last year, we dropped a present over the sleigh, some reindeers were late in getting away, and some of the elves (bless them!) worked through their breaks. If only there was some way …”

This was Santa’s wish a year ago. It’s not often anybody thinks of giving Santa a present for Christmas because, after all, he’s the one who’s giving, but something had to happen. Santa’s global workforce said they wouldn’t be able to cope with another Christmas if the workload was the same.

This was when one of the elves had a great idea.

Of course, being a state-of-the-art award-winning SaaS platform, the elves had no way of wrapping Benify up in shiny paper, so instead, they took the decision to roll out the platform across Santa’s global workforce instead. When he woke up on the morning of Christmas Eve, he was astonished to see that the elves had everything ready to go and were working like clockwork, the reindeers were stomping their feet ready for the off, and Santa? Well, he was the one who almost felt left behind. 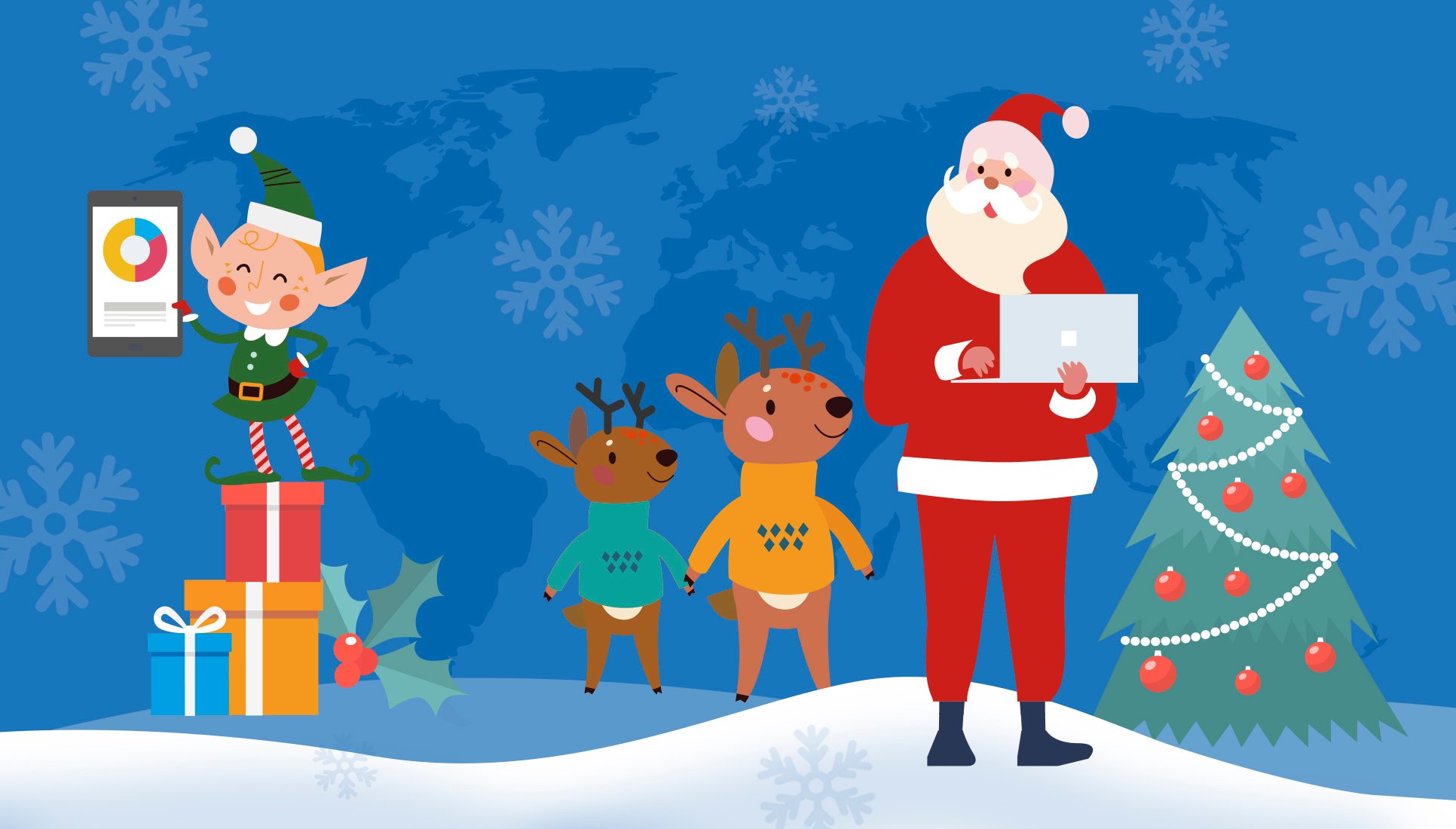 Now Santa has been using the Benify platform and app for a while, and this year he’s ready to reveal the top ten of how useful it has been, not just for him but for his elves and reindeers too.

Santa’s trips can be sometimes long and complicated, so communicating to his elves that work remotely and in particular his reindeers that work alongside him onsite, is really important. After using Benify’s state-of-the-art communication engine, they all know what is going on with Santa’s itinerary and all events that happen after a hard day of wrapping presents and delivering them.

Santa’s time is very precious, and any time he can save can be valuable. That’s why he’s using Benify’s platform – to save on admin for his reindeers and elves across his global organization, so that he has more time to visit everyone this Christmas.

Sometimes it’s easy for Santa to lose sight of absolutely every elf that works for him across the organization. Benify’s platform has made it possible for Santa to roll out benefits and information to all elves and reindeers.

Sometimes the reindeers and elves want to do other things. Santa has prepared for this by using Benify’s employee lifecycle tools. Its not often that a reindeer wants to return to their patch, or an elf wants to move on, but Benify’s platform has Santa covered for any eventuality.

When Santa flies through a cloud, there’s no telling what he, and his team, will encounter. That’s why he always urges them to look at their personalized platform for insurance benefits (especially “elf” insurance!).

Employers across the globe rose to the challenge of the corona virus and coped with it by embracing technology such as Z...
Employee Benefits Event

We attended Unleash 2022, here's what we learnt.