A couple of times a year, Benify’s IT department becomes an innovation mecca during an event they call ShipIT. Before every event, a so-called “ShipIT general” is selected. During the most recent event, it was team manager Therese Netteberg Olsson from Benify’s Gothenburg office who became Ship IT general.

During ShipIT events, the Benify IT team have the opportunity to work on “anything that relates to our product, our culture or our work environment”, Therese explains. The department has just 24 hours to build and deliver the final result.

“It’s a really fun event, which fosters creativity and encourages team-building”, Therese says smiling. “The best thing about ShipIT is definitely the collaborations. We team up in cross-functional teams, and you need a strong and skill-diverse team in order to be able to build and ship something in such a short time”.

Teamwork is a great way to bring people together and increase the feeling of being connected to your colleagues, which is a vital ingredient to employee wellbeing and feeling happy at work. Gallup research has found that employees who have strong social connections at work have higher levels of well-being and engagement than employees who do not. Employee engagement, of course, has shown to lead to higher productivity and sees employees giving more of themselves to their job and the company.

Gallup discusses the importance of encouraging people to get to know one another in the workplace. In organisations everywhere, many employees are involved in projects that include more than their team members. “Cross-functional teams are the norm in an increasing number of organisations. When people and project managers correctly set the stage, this type of structure can lead to more opportunities for personal connections”.

As mentioned earlier, during ShipIT events, the team is given only 24 hours to create and deliver their project. Numerous studies have concluded that constraints, including time, can actually lead to greater innovation. Or as stated in the Forbes article Why Adding Constraints Increases Innovation,“The more resource-limited you are, the more creative you have to be”. 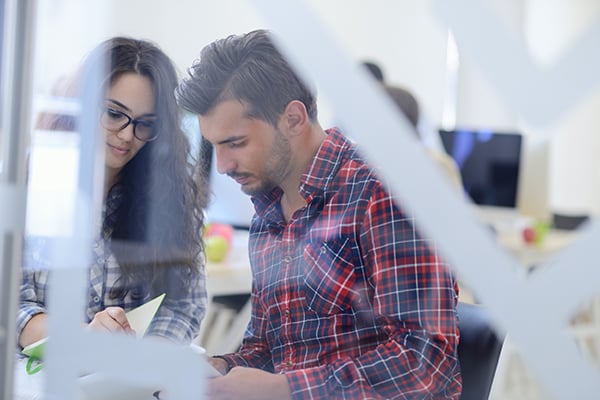 When asked what her favorite ShipIT creation is so far, Therese contemplates before saying, “That’s a tough one. During our most recent event, we built and shipped many different and super-cool features. But if pushed to give an answer, I would say it would be a seemingly small feature, called automatic creation of import mappings. This feature saves a lot of time when setting up imports of data to the Benify platform.”

In addition to being creative and productive, there is no doubt that the IT team have a lot of fun doing what they do, which is another crucial element to feeling happy at work. “I also have to mention that the team made their own tote-bags and stickers during ShipIT. It’s such a fun idea to make prototypes of Benify merch with our core values and logos printed on them,” Therese says excitedly.

While the end result is important, Therese is quick to point out that the most important part is creating unity. “One of my favorite parts with ShipIT, in general, is to see all these great cross-functional collaborations across the whole IT team. I love it when people who do not usually collaborate in their day to day work, produce something awesome together in just 24 hours.”

A new year means new possibilities and a chance to start afresh with new and strong resolutions by putting employees fir...
Employee Experience

Alfred Gerum has built products that people love for 30 years and has, amongst other things, a background in software fo...
Employee Health Employee Experience Digitalisation